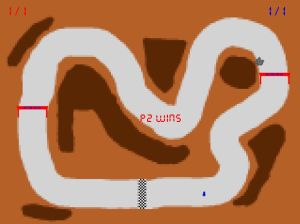 Retro Racer+ was made in Unity and brings many improvements over the original, most notably an options menu with many ways to tweak the race according to your preferences.

Thanks to Unity RR+ can be played in the Browser (with the Unity Web Player installed). A downloadable executable with customizable controls is being worked on and will be released later.


Warning: count(): Parameter must be an array or an object that implements Countable in /is/htdocs/wp1079004_GUXB0QPDZU/www/scanlinegames/wordpress/wp-includes/class-wp-comment-query.php on line 399